トップ > ぼそっと池井多 > Parents, Family. What They Do with Hikikomori in France? : Interview With French Hikikomori, Guido. Round 5 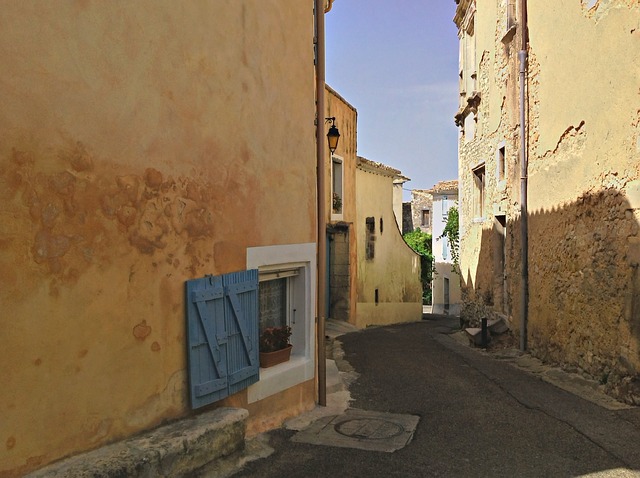 The Future of the Hikikomori Child

Vosot : On January 23, 2018, a 50-year-old father in Nagoya, Japan, strangled his 25-year-old son to death. (* 1) The son was a hikikomori. The father told the police admitting the allegations. "I was worried about his future".

Guido : Is this man is stupid?

He said, "I was worried about his future" ... but what future is left for him now that he killed him?  And concerning this man, what about his future? Was it what he wanted, to end up in prison?

What a jerk he is, though I can imagine that it was because of his shame on his son that he took the action. In any case, in my eyes it looks better to have a reclusive child than to be a murderer.

Vosot : Exactly.  It will be too much if I say “This is normal in Japan”. Of course, not every parent kills one’s child of hikikomori. However, this sad incident tells us the typical aspect of the relationship between a hikikomori and his or her parents in our country.

They report that the father said, “I was worried about his future”.  As you pointed it out, his words were full of contradictions. We will not be able to interpret his intention without thinking of the feeling of “shame” which is rampant in the Japanese society.

What is the relationship between a hikikomori and his or her parents in France?

Hikikomori and Parents in France

Guido : This is a question that is difficult to answer. There are not many cases of hikikomoris in France that are really "identified". By that I mean the phenomenon is not making such noise as it may be so in Japanese society.

There is a very simple reason for this: French society - and more generally Western - is extremely individualistic.

We don’t care so much about the opinion by our neighbor. The concept of "shame" is, of course, inherent in the human species, especially since man is a predominantly gregarious animal - he lives with others, so he has a "civilizational" consciousness. In general, the man suffered from being away from others. It is against the nature of human being to be isolated. So, I think that Japanese society exacerbates this need for belonging to a group. Japanese society puts more emphasis on "us" where Westerners preach the "I". So the French make less gossip than the Japanese about the situation of others. Because this sense of unity so unique to Japan is less present in France where it is "everyone for himself".

Also, you should know that the adjective "hikikomori" is still very little known in France. There are some programs that have dealt with the subject, but that does not go further. You ask various French if they know the term, I am convinced that at least four out of five people would not know what I am talking about. Here, we will rather speak of people "futoko”, “NEET”, agoraphobic or social phobic.

The Concept of "Shame"

Guido : I have discussed with various people who have experienced the hikikomori conditions more or less, and now I can declare that it is case-by-case. There is no real generality to portray. Some parents may be very emotional, make emotional blackmail, threaten the child to kick off from the home, etc. Others are much more understanding and permissive. The latter is my case, fortunately. Some parents are also totally absorbed in their own work and social life, so the child goes in their second plan: the parents feed him, give him a few euros, and leave him quietly in his corner.

We find very little concept of "shame" related to the French hikikomori child. There is some, but I do not think the intensity is the same as in Japan. The reasons also diverge. In your country, I think it is important that the child fits in the model, his individuality is not so important.

In France, some parents are anxiously waiting for the children to flourish by putting strong parental pressure on them, and other tyrannical parents force their children to do only the railing that the parents have decided.

So the "sufferings" varies. In Japan, parents will be concerned about the marginality of their child, where in France, we will worry more "sincere" about the future of the child. Marginality is secondary in the majority of cases. I think that only very well-off families could harbor a real social shame in front of a reclusive child.

Vosot :  I see. It is interesting to know the difference of the relationship between parents and children, in France and Japan.  Now, let’s look at another country where many hikikomoris have been identified recently; Italy.

“The Italian hikikomoris are not completely isolated in the family. Because even if the hikikomoris have different visions for the world from the ones that the parents or relatives have, they communicate well in the family without problems.

On the contrary, the hikikomoris in Japan tend to hide everything against their parents and relatives, even if they live in the same house. It results that the hikikomori has a risk to be isolated even in the family.

The cultural reason for it is that the Japanese parents function as the extension of the social pressure on the children of hikikomori more than the Italian parents do.”

It means that, when the society and hikikomori have to confront each other, parents will take sides with society in Japan, and the child in Italy.

Do you think it's the same in France as in Italy?

Guido : Yes, the analysis of this social psychologist corroborates what I was developing just before. I think that France and Italy are very close on the issue.

The reason is indeed simple and very well explained by this gentleman: Japanese parents are an extension of the social pressure experienced by young Japanese. I would go even further: I think that parents are the first link in this chain, not an extension! Parents and the family more generally embody the first coercive structure in a child's life. Parents are our first "decision makers", those who can restrain us, castrate us, put us an overwhelming pressure on our shoulders.

In the Shade of the Glorification of Family

Guido : Many people glorify the family. I will never understand this cult, personally. I see in my family, the structure that made me the poisoned gift of being alive, in such a repulsive society. Because of birth, the family is injecting you into this world that suffocates us, hikikomoris. What I wanted to say here is that I do not understand why we should be indebted to the family. Procreation being a fundamentally selfish act, we have no account to give them back in fact. They wanted us? They assume us. The family is also those people who, very often, try to shape the image of the child, so that it meets the family expectations, thus depriving him of his uniqueness, his personality. How many children have grown up with many neuroses because of parents too strict?  Hundreds of millions!

So, Japanese parents are usually the first step in this long process of "hikikomorization". I want to say then that the sad mentality of these parents is only an epiphenomenon of a society which is ultra-castrating and demanding. Having themselves undergone this pressure, they recycle it and, in turn, subconsciously subject it to the children.