トップ > ぼそっと池井多 > Horror of socializing with neighbors that started with a single cucumber! - "What's Your Job?" Round 3 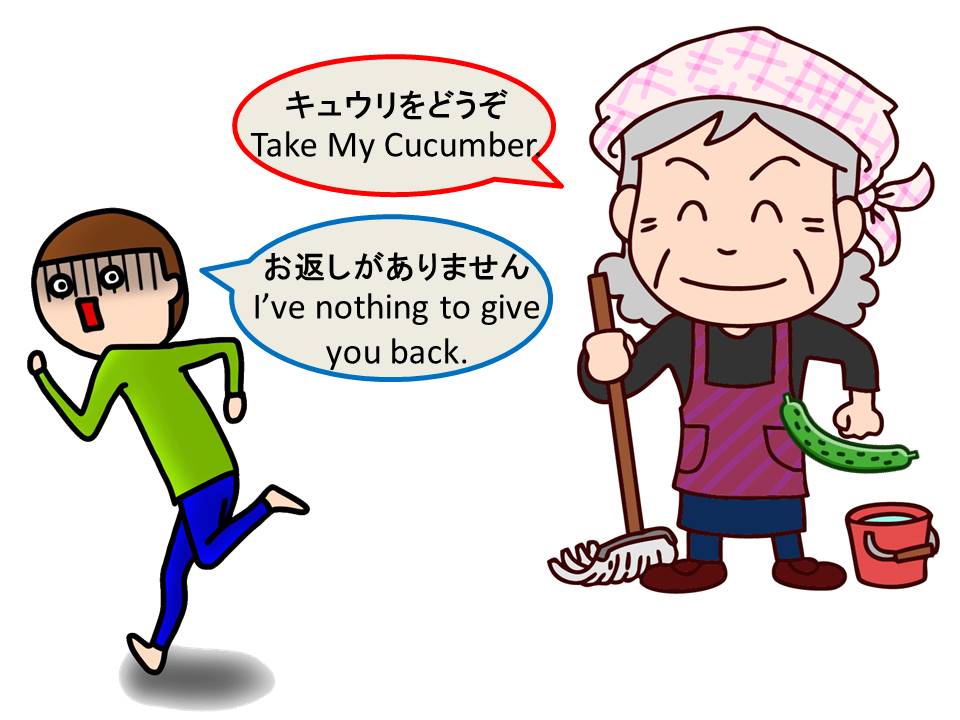 As I wrote in Round 2, I was worried since I received a cucumber from the old lady; Mrs.Cucumber who lives in a chalk house next to my shabby apartment.
I thought, "I had to do something to repay her for the gift."

I live with the public financial assistance, but I am not a begger.

If I had a vegetable garden like Mrs. Cucumber does, I could bring one of my prized vegetables from my garden.
White radish might be nice to compete with cucumbers.
Or perhaps an eggplant would be enough. 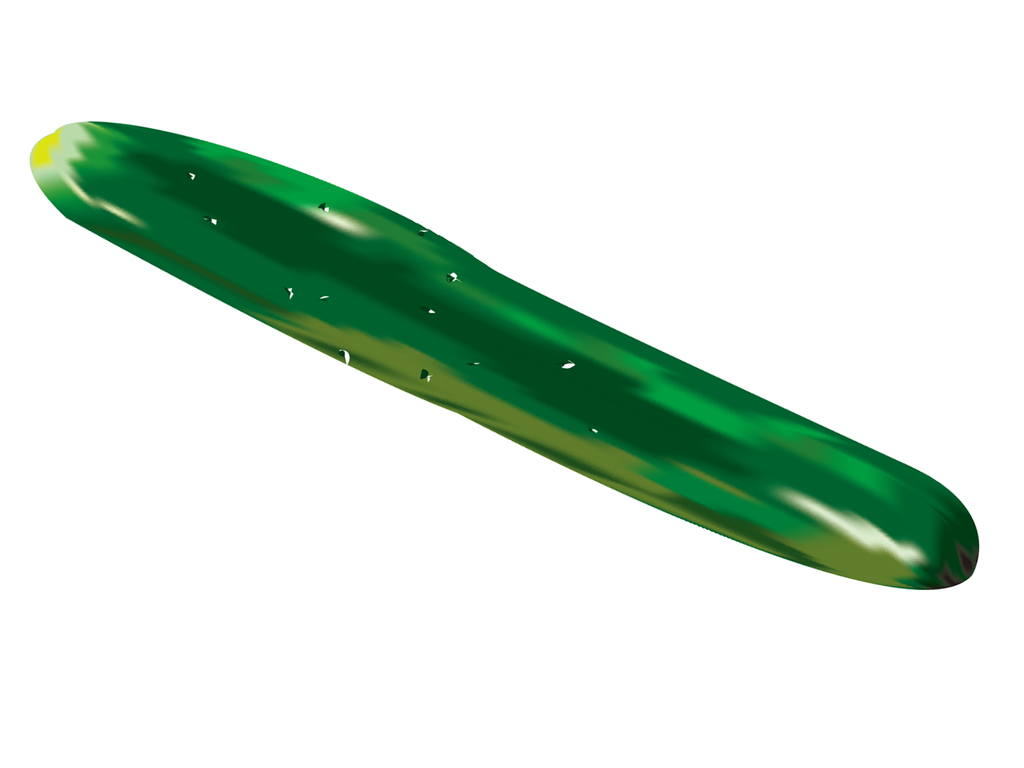 So, should I go to the supermarket and buy something for her?
That would be strange too.
Mrs. Cucumber is rich enough to have everything they need. She goes to the same supermarket as me, and it seems she buys upper-priced food and goods than I do.

Take natto that we Japanese usually consume every day, for example.
I usually buy a 4-pack of natto for 59 yen, but one day I stole a glance at her buying a 3-pack of natto for 231 yen at the same supermarket. She chooses non-genetically modified, naturally farmed, premium quality from the same shelf.

So, it won't be a good idea to give her back something I buy at the supermarket.

Inconvenience for people without hometown

The normal people probably take their hometown's specialties in this kind of occasions, saying,
"This is something my parents sent me. I hope you like it too"
But in truth, it is not important whether or not they like it. All we want is to repay it away for something we owed, because we don't want to be left with it.
So usually we would prepare tacky local cookie the taste of which are the same every town, but only the different name of place is printed on the outer box.
What a waste normal people are making!
But this wasteful consumption keeps our neighborhoods running.
And I do not have a hometown.

I was born in Yokohama; 28 kilometers southwest of Tokyo. However, by the time I can remember, we had moved out of the city, and my family transferred from one town to another, so I was never rooted in one town.

It seems now that my family - my parents and brother and his wife - has come back to Yokohama again.
But they are running away from me, so I cannot get into my parents' house in Yokohama.

My present parents' house is on the 7th floor of the condominium guarded with double and triple securities, so it's an impregnable place. Even a ninja would not be able to invade there, let alone me.

But who cares!  Mrs. Cucumber never knows anything of me yet.
I could just pretend that I was back to my parents' house in Yokohama, and bring her a speciality of Yokohama as a thank-you. Then I would be free from the heavy feeling of "owing".
By the way, what is Yokohama's specialty? ...... Shumai(*1)?
I've never even had it.

*1. Shumai（焼売）：Chinese Steamed Dumplings. Yokohama is famous for its Chinese town.

It would be easy for me to bring it to Mrs. Cucumber with saying,
"I hope you like it"
but the problem is that a conversation as follows might get started after handing-over.

"Do you go back there so often?"

"Why not? Are your parents living there, aren't they?"

"Oh, dear, you say terrible things. But I know you're jorking. I can't catch up with the sense of humor that younger people have.  Forgive me."

"No, you don't have to apologize. I am not jorking. My parents are running away from me, so we have no chance to meet up."

"I beg your pardon? What would you mean by 'running away'?"

"Well, if you'd want to know, I'll tell you everything.  We had a family conference in 1999, where my mother seemed unable to admit that she had abused me in the past, and she flatly denied everything. So the family conference could not proceed any further. When I returned from there, my younger brother called me and told me to 'never come near our family again' I guess he became a messenger for our Queen.
I have sent them referral letters for dependency letters through the welfare office several times, and they no longer respond. I guess they want to pretend that everything that sounds bad to relatives and the people around them never happened. This is what I call their 'running away'. Understand?"

I am sure that Mrs. Cucumber would start staring at me with fear in her eyes from this point on.

Thus, I'd become the bad guy every time.
I am the abused one.
Even though I have done nothing wrong, why does it always end up with the situation that I am the dangerous bad guy?
This kind of situation always comes out on the way of my life.
Each time, I feel falsely accused.

There Should be No Reason to Hide

In the first place, I should think about why Mrs. Cucumber suddenly gave me a cucumber and such.

She probably wanted to know what kind of person living in their shabby apartment next door, so she tried offering the cucumber as a conversation starter to expose the bottom of my truth.

In this little community of neighborhood, we all want to know each other, to pull down each other's facades, and to find out what the reality is behind them. A neighborhood consists of curiosity and defense.

Their interest is always superficial. They are dying to know, but they are not willing to work together to find a solution to the problem just because they know. They do not take responsibility for their knowledge of the realities of the other side.

In this way of imagining, I still cannot expect a good result for me if I reveal that I am from Yokohama.
But then, are there any other places where I have lived in the past that I could use to handle the relationship with Mrs. Cucumber?
It is unlikely that I could tell her about myself by mentioning Chiba, Nagoya, or any other place.

Oh yes, a good idea came up to my mind.
Why don't I pretend that I have no hometown?
Then, Mrs. Cucumber couldn't help starting the relationship with me under the precondition she would not ask me anything like my family, parents, past...
In turn, I would not have to hide in my neighborhood anymore, and I could mingle with them as Mr. Nowhere Man.
That would open up a new horizon for my everyday hikikomori life, which has been at a standstill for so many years.

I was so delighted with the idea that had suddenly occurred to me.

...To the Original Japanese Text of Round 3