トップ > ぼそっと池井多 > Interview with Hikikomori in Cameroon, Africa: Etoundi's Story Round 1; "I thought I was Alone in the Situation, bro?"

Vosot Ikeida  Hello Armel Etoundi. You are from Cameroon, right?

Vosot   I know Cameroon is an unique country. You have two kinds of area in one country by the public language. In the Anglophone area, your public language is English, but in the Francophone zone, it’s French. In a way, your country is similar to Canada which has Quebec in. 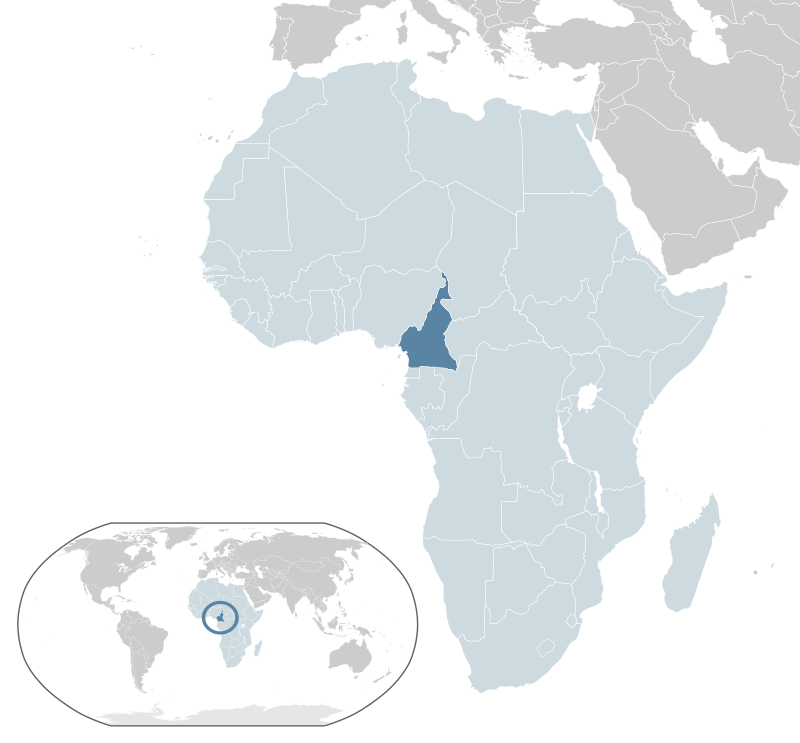 Etoundi  Yes, you are right. A part of our country used to be French colony, and the other part was British one. Tracking back our history, it was also German colony. The complicated history has produced the nowadays Cameroon. That’s why it has anglophone area and francophone area.

Yes! You're right ... Part of our country was once a territory under French and British trusteeship. Going back to our history, Cameroon was first and foremost a territory under German protectorate. After Germany had to lose the war in 1918, the League of Nations today called the UN: United Nations proposed that Cameroon be under a Franco-British mandate, it is from this incident that bilingualism is born. In Cameroon with Anglophone and Francophone Cameroon united in one country.

Etoundi  Oh, yes. We have more than 250 tribal languages here.

Vosot  Wow, so many languages! Then you must speak your own tribal language as well.

Etoundi  Some do it, but not all! In short, it is not too necessary because you have to communicate in French or English to be heard here in Cameroon.
Nevertheless, the tribal language is spoken in a family here, and it is important for us to preserve the linguistic, cultural and traditional identity of our ethnic groups.
Originally, I come from the Beti tribe and my tribal language is supposed to be the Ewondo. But I hardly speak it ... not very well especially! Just a little bit...! But I understand it perfectly, because our parents spoke French most of the time, and sometimes Ewondo ... so, as I grew up in a central area where English and French are spoken, I speak much more the two national languages as my tribal language. So I think I will learn it deeply in the future.
One of the few phrases in Ewando that I know and love is our tribal slogan;

Vosot  Oh, it sounds so powerful and proudly.
Is it common that a Cameroonian doesn’t speak tribal languages nowadays?

Etoundi  Yeah I think it is common nowadays, widely in Africa, especially for those who live in cities.

Vosot  Where do you live?

Etoundi  I live in Yaoundé, the capital city. It’s the center of politics.

It is a big city, the population is about 2,500,000, but still it is the second biggest in Cameroon. The first biggest city is Douala, population is about 3,000,000, and it’s the center of commerce. My city Yaoundé is located a little inland, the elevation is higher, so people feel a little cooler to stay.

Especially in the big cities like Yaoundé or Douala, people came from many rural areas, and tribal languages are so various. If we speak in tribal languages, we can’t communicate one another. So we have to speak our public language; which are English or French. I was born and grown up in the bilingual area, but I am native at French, but I am fluent in both.

Vosot   I see. In my country; Japan, we don’t have so many languages, but some dialects by region. And we have the similar phenomenon in these dialects. Younger generation are becoming unable to speak them year by year, though they understand somewhat. Probably it is one of the global phenomenons that the number of languages on the earth are decreasing.

Vosot   Do you have hikikomoris in your country?

Etoundi  Yes, but we are ashamed to accept it.

Vosot  That sounds interesting to hear. It is often said that Japanese people are characterized by the concept of “shame”, and we often regard “hikikomori” as “shame”. By doing so, it sometimes worsens the situation of hikikomori.
But since I hear from you that you are “ashamed” about hikikomori also in Cameroon, we can realize that “shame” is not so characteristic feeling only in Japanese.

Have you actually met any of hikikomori in your country?

Etoundi  I have two hiki friends in my neighbourhood, and I was the one several years ago.

Vosot   I see. How old were you when you started to be the one?

Etoundi  I was 30. Since then, I had been a hikikomori for 3 years. But I held the bull by horns to facing it, and now I have conquered it! And now I am 36.

Vosot  I see. When you were a hikikomori, did your parents, brothers, sisters or relatives say something to you, such as "Why don't you go out for making money!?" and so on...

Etoundi  Haha! They did! It's so true! How do you know that, bro?

Vosot  Because it happens here in Japan.

Etoundi  Really?  Damn it!  I thought I was alone in that situation, man!

Vosot   I understand. Every hikikomori is likely to think "I am alone in the world to have this kind of situation" and feels no hope. It’s not too much to say that is why I founded GHO.
Your friends of hikikomori must be happy in that sense because they know you, and they know they are not alone.

Etoundi  Yeah, you are right, bro. Honestly I thought I was alone.

...To the Original French Version of this article

Interview with the Hikikomori in Bangladesh: Ippo Makunouchi, "I am not the only one hikikomori in my country"

Interview with the Filipino Hikikomori ; CJ, Round 1, "The Life of 'Welcome to NHK' Doesn't Look Terrible"

Are Hikikomori Really Increasing in Japan Recently? ー Getting Back to the Origin of the Problem ー