トップ > ぼそっと池井多 > The Odyssey of a Hikikomori, Round 1 : "Various Patterns of Hikikomori" 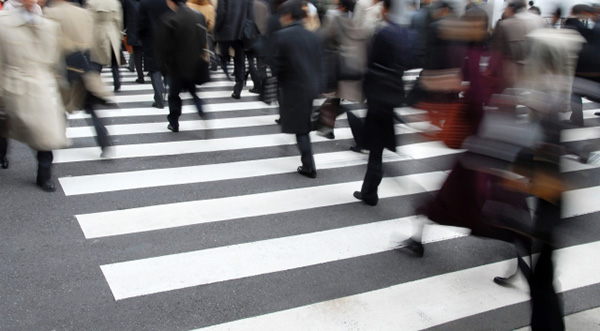 For over 30 years, I have been living the various patterns of hikikomori and I am a hikikomori for now as well.

At one time I was shutting myself up in a dark room like a cave by closing all the window blinds. At another time I was wandering unfamiliar foreign towns one after another because I had escaped from my own society, which is Japan in my case. Ther former is called "uchikomori", and the latter "sotokomori" and both conditions can be called "hikikomori".

And now, I can go out of my room from time to time, but I am called "social hikikomori" by my doctor because I have not participated in the society in the terms of economic labor.

And like me, a hikikomori can change one's pattern of life depending on one's period of the life.

Then, one should rather call it an odyssey than an itinerary.

People tend to think "hikikomori" and "odyssey" are incompatible concepts.  Especially those who know only the stereotyped image of hikikomori tend to do so.  All they know about hikikomori is ”a young son locking himself up in his room of the parents' house, demanding many things like a baby, playing the online game all day and night, and not working, just being lazy".
It is no wonder those who only have such a distorted image on hikikomori think "hikikomori" and "odyssey" are not related at all.
However, the reality is not like that always.

I am going to write various realities of hikikomori as "The Odyssey of a Hikikomori".  One of my motivations is to destroy such a prejudice and to appeal the reality of hikikomori to the general society where "the normal people" are living.

Even when a hikikomori is not moving around somewhere geographically, most possibly he is in the process of one's odyssey.

Inside a dark narrow room where he has shut himself in, he is wandering around the world and traveling to the end of the universe in his mind. His internal reality is hard to see for a person who has never experienced to be a hikikomori by oneself.

The Beginning of Hikikomori in My Case

I have some hikikomori fellows who started to be a hikikomori with a certain experience of failure, like his school record declined sharply or he could not pass the entrance exam for the next schooling. When I got to know them, I would often be told by them, "You didn't need to become a hikikomori, in your case?"

I knew they were trying to say nice words to encourage me somehow, but actually they were a kind of painful words to me.

Certainly in my case, I passed through the entrance exam for the junior high school, could enter a national university where my parents wanted me to go, and had no problems to acquire the qualification to graduate from the university.
I did the job hunting and got the unofficial contract to get a job in a good company.  People may call it "smooth sailing".

However, I became unable to move just before starting to working in the company, and my odyssey of hikikomori began.

Different Operation System from Others

"Something is different at the very root, between me and the people around."

I had harbored such a feeling inside me since I was a little child.  Comparing to a computer or a mobile, "We have got the different OS" was to explain my strange feeling.

It was shortly after I entered my university when I felt it stronger than ever.  I was thinking that as I entered the university that my mother wanted and recommended me now, then I could get into the world which would be suitable for me and find close friends who could share my views. However, nothing like that happened. It was totally out of my expectation.

"That professor is facile, so I'm majoring his subject"

"If you are in that sports club, you could get a job in a good company, so I am starting that sport"

The behavioral principle of the guys who were found around me on the campus consisted of such a simple pursuit of profits.

I would never say that I was the only person who was not an egoist and didn't pursue one's profits.  I was pursuing my own profits probably.  But the directions were obviously different.

I could not get interested in what they talked about passionately. They did not appreciate what I found the value in.

Thus, the collapse had occurred around human relations I had.  In order to avoid troubles in the actual scene of my student life, I had no other choice but to live every day by pretending as if I also had their views and values.

I wanted to make human relationships, so I acted as a clown as well. I behaved like a much better person and a much worse person. It brought me back such huge anger, shame or repentance that stormed and destroyed my inner world every night.

Since I was forcing myself to get adapted to the others, I did not have myself. As a result, when I became a senior at the university and everyone around me started job hunting, I thought "I must do it too".

I had no idea what life I want to live, what job I want to have, or what company I want to work in. I just bought the "recruit suit".
In Japan, it was a social custom that a student who visits many companies to get a job was supposed to wear a dark blue suit and a tie with the blue and red stripe. This costume set was called "recruit suit".  I never know who had decided it and when. It was unvarying like the army uniform.  If you visited a company without wearing this costume set, you would be regarded to be a strange person and not be employed.

Basically, I had never worn a suit.  I felt like someone had clothed a gorgeous but unsuitable and tight costume on me.  The luxurious outer surface did not express any of my inner barren feelings. If you were wearing such things, my inner cry did not reach outside all the more and I had no room to be sympathized forever. Without knowing, I was stepping in the direction to seal my own SOS.

In this way, my inner isolation and despair have further advanced.

It was in 1985, long before the bubble economy burst in Japan. It is supposed to be a privileged period for the students because they had little difficulty to find employment. When I went around job hunting, the graduates from the same university bountifully spent their company expenses to find the excellent students to adopt. So, for many students, job hunting was supposed to be a great fun.  ...And not for me. It looked like I was the only one who was suffering from it.

More precisely, there were some other guys who were annoyed with the job hunting.  But the content of their agonies was "The company I want to get a job in has not offered me"

It was such a simple agony.  I lost a chance to tell mine.

In the summer, I was beating myself to continue the job hunting. After a while, I started to feel like "blue mold" was attaching to my dark blue recruit suit.

Blue mold was a horrible stuff for me.  In my childhood, as is common in those who had problems with mother-child relationships, I was suffering from asthma.  Wherever I found blue mold in the room, my asthma had started.  So the blue mold was something that always made me suffocated.

I forced myself to carry on my job hunting with the blue mold of recruit suit. Some days later, I started to take some abnormal actions.

I took the interviews at a big company. I passed through the first, second, and third interviews. I had to take the final one with the great persons in the company, so I went to Marunouchi, the area that Japan's biggest companies were concentrating in Tokyo.

Shortly before I reached the main entrance of the company building, almost suddenly I jumped into a cafe that was aside.

It was not to kill time. The time for the appointment was pressing. If I was late for even one minute, I would be out.  I was totally aware of it. But still, my body changed the direction to go as if it was repelled by the magnet. On a chair of the cafe, I ordered a cup of coffee which I never liked to have. I was looking at the people walking outside vaguely and feeling the appointed time was passing through me.

The vigor of the business persons walking around the prestigious area Marunouchi was secretly inviting my nausea...

...To the Japanese version of this artcile

...To the Mandarin version of this article

...To the French version of this article