トップ > ぼそっと池井多 > Who are Hikikomori Afraid of? - To Think About "Hikikomori Supported by the Local Community". 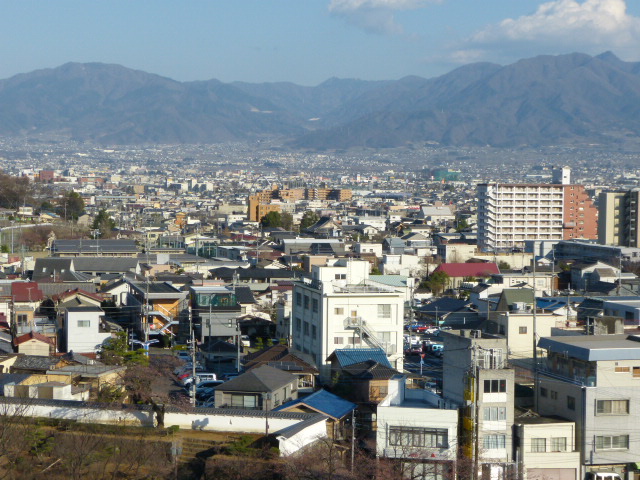 A Local Community - View of a mountainous city in Japan

Whether true or not, Japan is said to be the most advanced country in terms of supporting hikikomori.

Without getting to the bottom of these questions, only the "stage of governmental support for hikikomori" has started to be discussed in Japan, and it has been becoming the object of research also by hikikomori support groups in other countries.

Amid such momentum, the concept of "Hikikomori Supported by the Local Community" has become popular amongst professionals in the field of hikikomori support in Japan.

However, I would like to think about this issue from the viewpoint of a Japanese hikikomori.

Three Layers of Others

Hikikomori are diverse, and there are many different types of Japanese hikikomori, but it seems they all share the same tendency to be "afraid of others".

It may be different in the countries where, for example, terrorist incidents are occurring frequently or robberies and murders are commonplace. I can imagine that in such countries, the fears to go out would come from the society itself as a vague and total whole, rather than from individual persons.

In this way, the psychological tendency would be deeply affected by the national character and the social environment, so I would love to be taught about the cases in other countries, but for now in this article, let me continue to talk about the cases in Japan.

Then, what kind of people do we Japanese hikikomori recognize as "others"?

I thought of three layers.

First, there are "people you know well," like family members who live in the same house as you, who exist around you as "others". 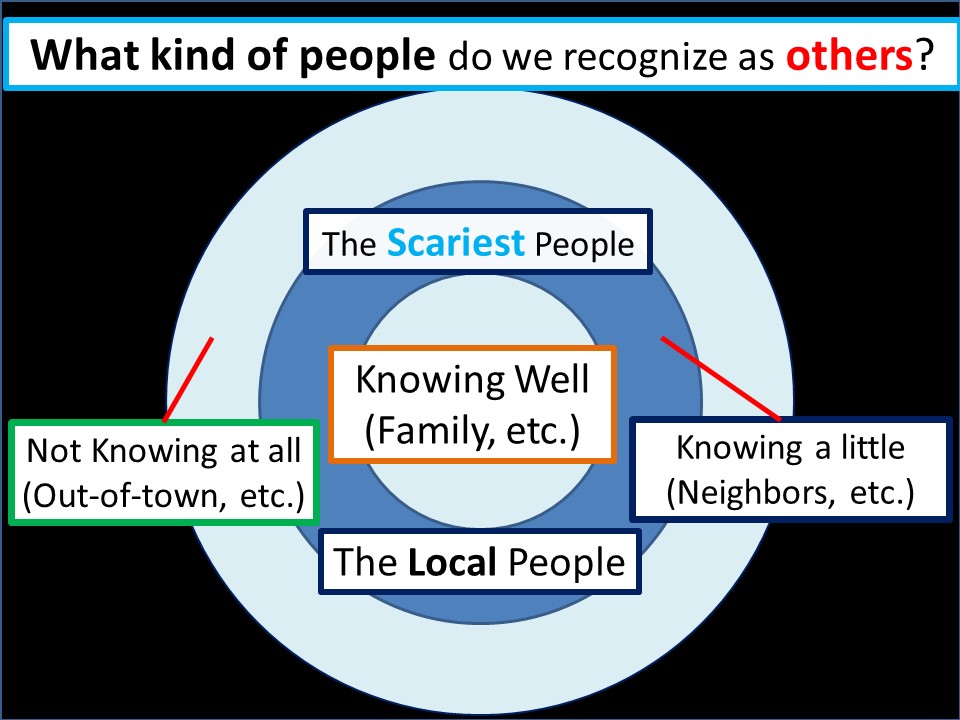 On the outside of this, there are "people you know a little" and "people you see often," such as "neighbors" and "local community members".

Of these three layers, the middle one, "local people," is probably the scariest for the hikikomori.

For example, I try to live in seclusion and avoid meeting my neighbors as much as possible, and go for walks only in the middle of the night when no one is walking around, instead of during the daytime when the ladies in the neighborhood are chatting everywhere.

Asking other hikikomori fellows in Japan, the overwhelming majority of them say that "the local people" are the scariest in all the layers of the others.

Strangely enough, my feeling is that although I am scared of the ladies in my neighborhood, I don't feel scared at all when I go to a distant place and meet ladies of the same ages and heights.

This is probably because I have this kind of perception in me.
"The ladies at my neighbors know me, but the ladies at distant towns don't."

However, this perception is not correct.

If I think about it well, it is not a perception but an illusion.

Even if she is a neighbor, it may be that she only sees me from time to time, but actually she doesn't know what I am like at all.

Even so, the simple opposition of neighborhood versus distant, local versus out-of-town, makes me feel more scared of my neighbor's ladies.

This is a feeling, so it doesn't make much sense to criticize whether it's right or wrong. Rather, it is better to think about things on this basis.

As a Universal Human Psychology

Is the psychological tendency to think that "local people are the scariest" unique to hikikomori? - I wonder.

For example, people go on trips in their leisure time.
That is because one of the purposes of traveling is to get a sense of liberation by putting yourself in an environment where you don't see anybody from the same area or workplace.

Areas and workplaces are also "the local communities" in which people live, in the sense that there are "others" who know you.

However, there are no "others who know you" on the journey.

The people there do not know you.

You also don't know the lives and identities of the people there.

By putting yourself in such a space, you want to be released from the tension that you carry with you in your daily life.

This indicates that the psychological tendency of " local people are the scariest", which is possessed by the "hikikomori", is also possessed, albeit weakly, by the so-called "normal people" who are not hikikomori.

This means that " local people are the scariest" is considered to be a universal psychological phenomenon.

So, why bother to bring a stage to support a hikikomori who says "others are scary" to the "local community"?
Now we should be questioned here,

"It's just for the convenience of the supporters."

...To the original Japanese version of this article

...To the French version of this article

Vosot Ikeida A hikikomori in Japan, living in Tokyo. Born in 1962. Started hikikomori in 1985, since then staying hikikomori on and off with changing its style. Founded GHO (Global Hikikomori Organisation) in 2017.